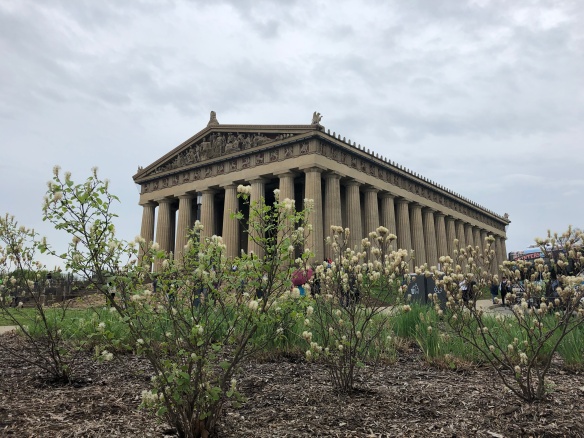 Just a couple of miles from the hubbub of downtown Nashville you’ll find Centennial Park. Originally farmland, it was developed as the site of the Tennessee Centennial and International Exhibition in 1897. When the Centennial celebration ended, many of the temporary expo buildings were dismantled but a life size replica of the Parthenon was left.

A few years later, the grounds were transformed into a city park and that temporary replica of the Parthenon was eventually rebuilt using permanent materials.

Today, the Parthenon remains a major attraction and the park is used by both tourists and locals alike, It’s well over a hundred acres with a rec center, walking paths, beautiful landscaping, outdoor recreational activities, a band shell and a beautiful pond.

A quick stroll around the park revealed all sorts of interesting things – people playing Pokemon, high school kids having prom pictures taken, little kids learning to ride their bikes – I even witnessed a wedding. That’s without mentioning the hordes gathered to take selfies in front of the Parthenon.

Venture inside and you’ll find a very nice art museum as well as something quite unexpected – an enormous statue of the goddess Athena. When I say enormous, I really mean ginormous. It took years to fund and to create and was originally plain white clay. In 2002, part of the statue was gilded while details were also added in paint,

Friends, the word gaudy was created to describe this statue but I had an absolute ball studying and photographing it. 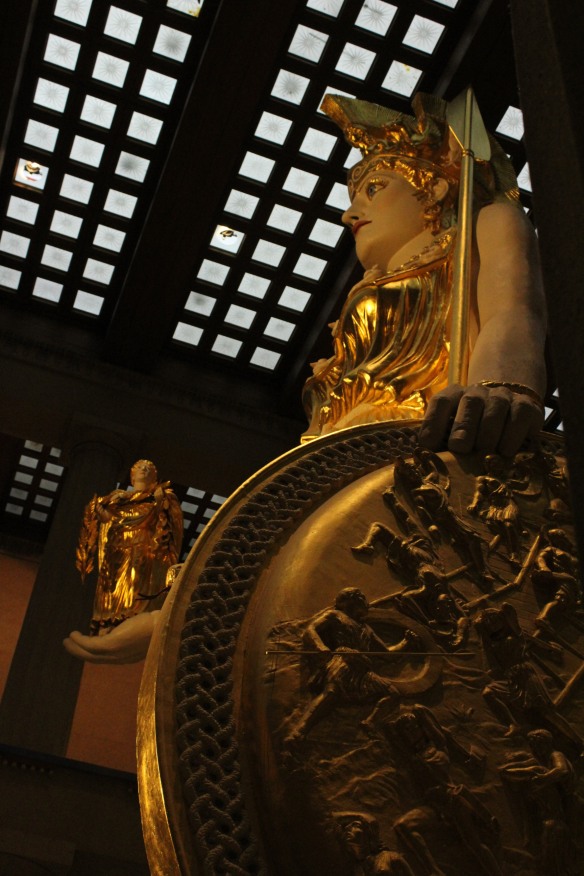 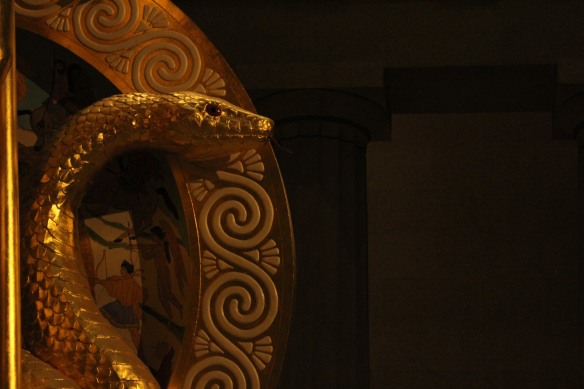 Want to visit the Parthenon? You can walk around the outside and explore the park for free. If you wish to go inside to tour the gallery or to see the Athena, it’ll cost you $6. Learn more at their website.