My job took me to the old Logan Theater in downtown Logan, Ohio a couple of years ago. All three floors are being revitalized to serve local teenagers after school, to provide theater space and to provide a general purpose community space. It was pretty exciting to see their plans and progress.

When I was there, the space for the after school crowd was nearing completion and they were readying to move on to another area. They are working hard to create a useful modern space while being true to the integrity of this historic structure and I am pleased to see them do it.

I captured this bit of peeling paint and vintage advertising on that tour. Trust me to find the dark corner with the old sign!

It’s time to tell the fourth and final story from the Chillicothe Ghost Walk. My last stop on the tour was at an antique store called Porch Swing Days. That’s the business that occupies this building now but it’s an extremely old building that has served many purposes over the decades.

For some years it housed a business that sold tin like you find on ceilings in old buildings. In fact, the ceiling in here is gorgeous. Many folks remember it as a candy store too. Today it is a neat store that specializes in a good selection of primitive antiques and reproductions.

Our guide related stories about former business owners who still visit in the afterlife and about an elderly woman who she witnessed working at a Hoosier cabinet in the corner they very morning. The guide said the apparition wasn’t impressed with having a guest in her space while she was busy working.

The best thing about these tours is that you get access into areas that the public ordinarily never sees. In this case, we got to see the basement.

Before the ghost tour they bring in someone who visits each stop and attempts to communicate with any ghosts present. This person said that this is one of the most haunted places in Chillicothe.

She related a story about a man with a broken leg associated with the building’s old coal bin. She also mentioned two men who claimed to be guarding a portal of some sort. This comment freaked out the other people on the tour but I found it intriguing. There’s actually an underground tunnel in this old section of Chillicothe. I don’t know how extensive it is or where it goes but I got to see a tunnel entrance in the basement at the Crosskeys Tavern a couple of years ago. I suspect that this storefront is part of the tunnel system.

The only thing that I experienced that day that was even remotely unexplainable occurred in this basement. There supposedly is a woman down there who is alone and scared and who presented herself to the ghost hunter, smelling strongly of a floral perfume.

I smelled the perfume. Strongly. So strongly that I badly wanted to cough. And then it was gone. I don’t mean the scent faded. I mean it disappeared as quickly as it occurred.

Anyway, if you ever get a chance to do the Chillicothe Ghost Walk, I highly recommend it. The cost is just $10. You go at your own pace and get a guided tour at each of the sites. You get a lot of history and some fun stories and it’s good use of a Saturday as we enter the spooky season.

You can search to find the other stories I’ve written about this year’s tour. The other stops were the old county jail, the Majestic Theater and the current Masonic Lodge. 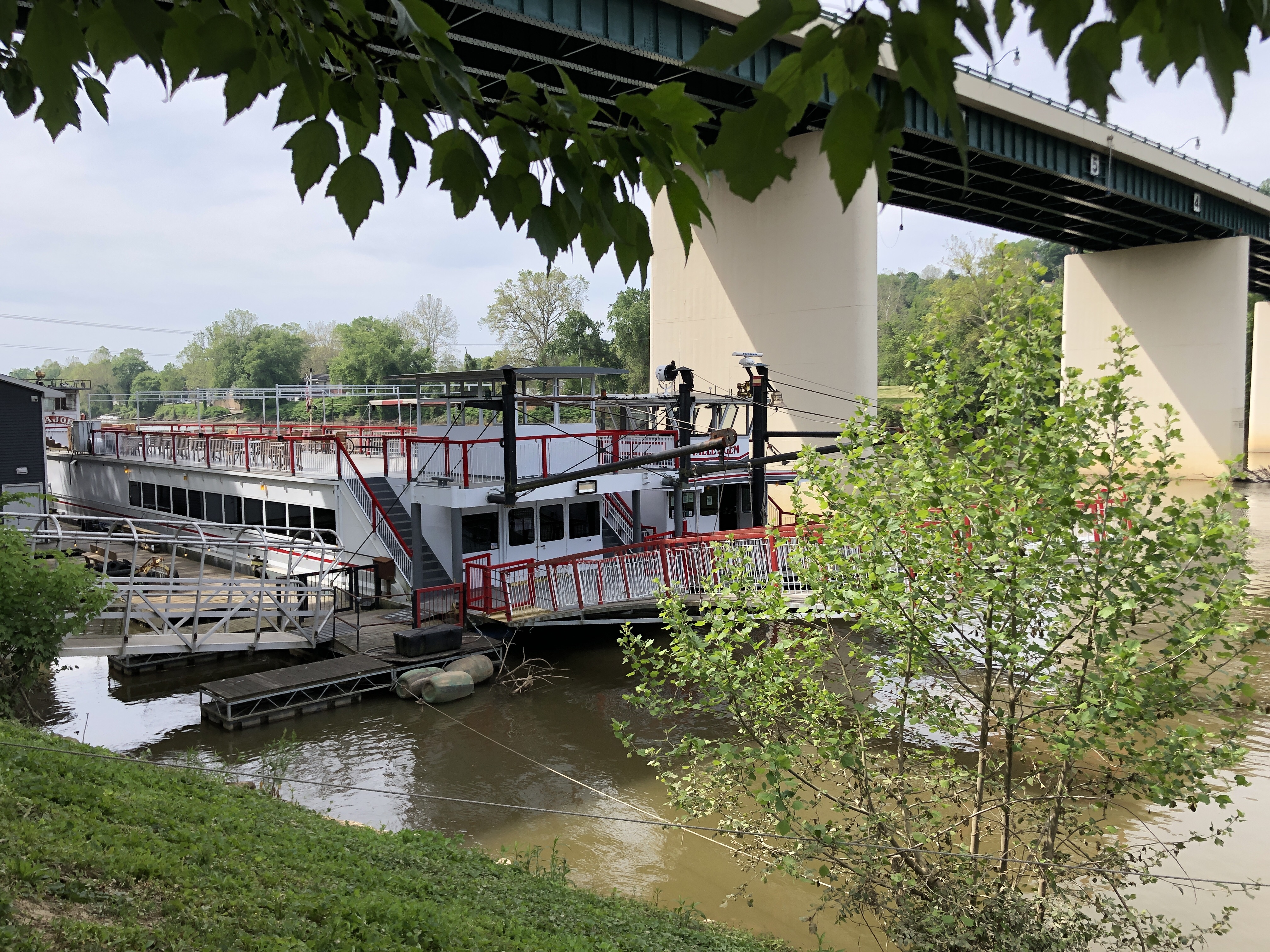 Marietta, Ohio is a great day trip from my home. Dating to 1788, it’s the oldest city in Ohio and the official first American settlement in the Northwest Territory.

There’s a ton of history here and a well developed tourism economy that has produced all sorts of ways to spend your time in museums, tours and a quaint downtown. There are plenty of restaurants to choose from here and shops to spend your money. Venture beyond Marietta to surrounding towns or to the countryside and you’ll find even more.

While I’ve seen and done a lot there is to do here, there’s much that I’ve never gotten around to. When you have history related to the American Indian, the founding of a new territory, river travel, the Underground Railroad and large immigrant communities, well, it’s hard to cover it all.

So, last weekend I headed over to Marietta for a day of some new to me fun.

I visited a large old cemetery built around an Indian mound, walked around the Ohio River Museum, shopped the antique mall and took a cruise on the Ohio River on a sternwheeler.

It was a full day and I had a great time. I came home tired and a little sunburned with lots to think about along the way. Tomorrow I’ll tell you about that boat ride! 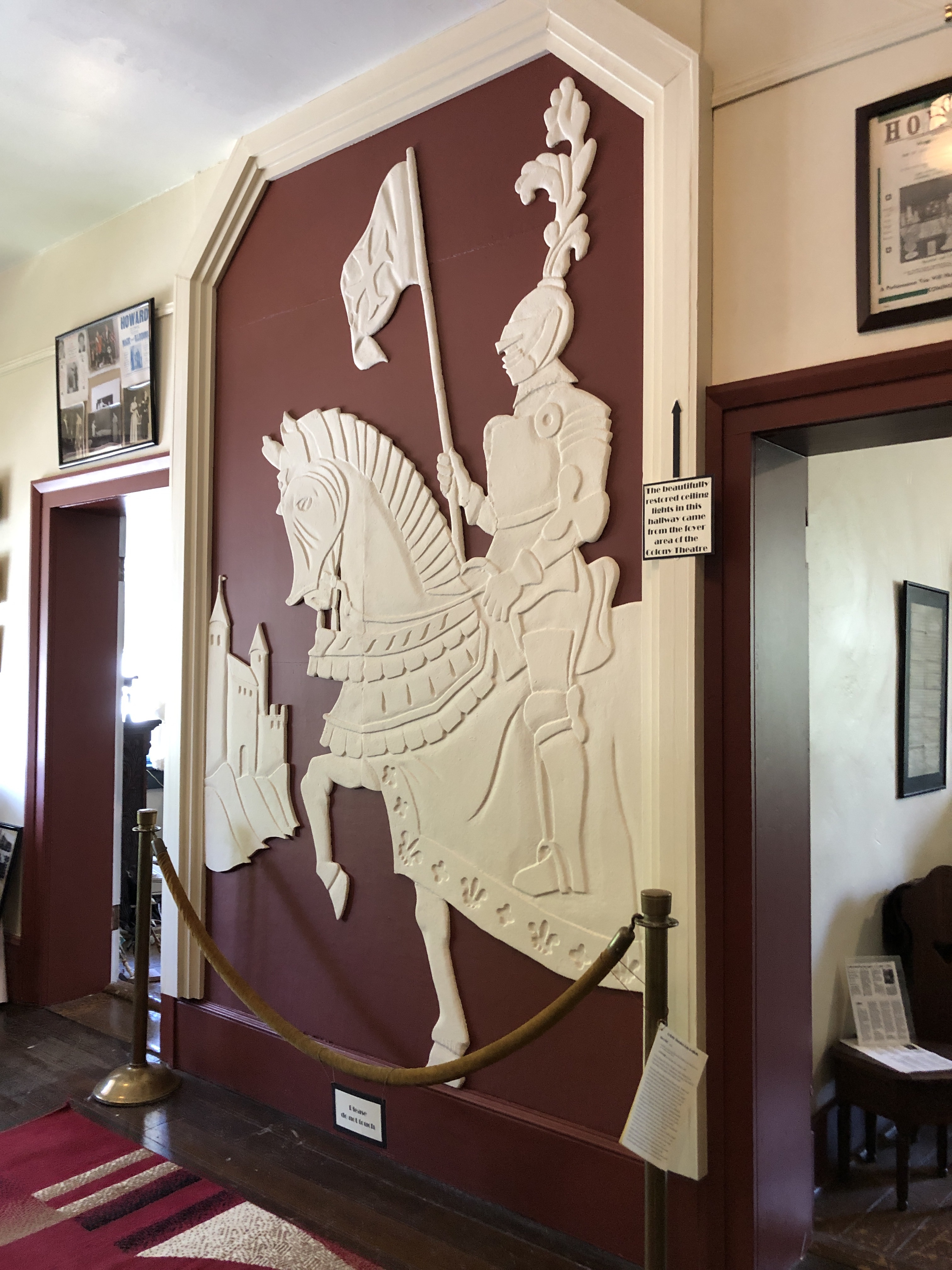 The best adventure typically begins with a destination that sounds interesting and then involves finding other things to see and do in the area. That was certainly the case on Saturday when I located numerous things to see while en route to my my destination – Highland House in Hillsboro, Ohio. Read about some of it here.

If you’ve ever driven Route 50 through Hillsboro you’ve gone right past their front door. If you’re anything like me, you’ve wondered what it is but never actually stopped.

I stopped Saturday and am so glad I did. It’s a museum run by the Highland County Historical Society. It’s also home to some of the friendliest, most welcoming people you’ll ever hope to meet.

I had heard about an interesting exhibit at the museum but hadn’t made the connection in my mind to the neat old house I had seen on the corner. So it was great to find myself visiting this place I had wondered about for so long.

The building dates to the 1840s and is a lovely Federal Style home. Each room is dedicated to a different theme like military history, medicine or education. There’s a Victorian bedroom, a nursery and formal dining room among other nicely appointed spaces. There’s a hall of fame that tells stories about significant people from their past. Plus, you’ll find lots of artwork, and goodies galore everywhere you look.

In fact, they had some things I had never seen before and tell many stories that are rooted locally but that are part of a bigger story of our nation’s history.

For example, they have a telephone switchboard. I have never seen one in real life and was fascinated by the beauty of this technology.

Anyone else remember the old party line system? Those were the days! It made me want to ask Sara from Mayberry to get Andy on the phone. 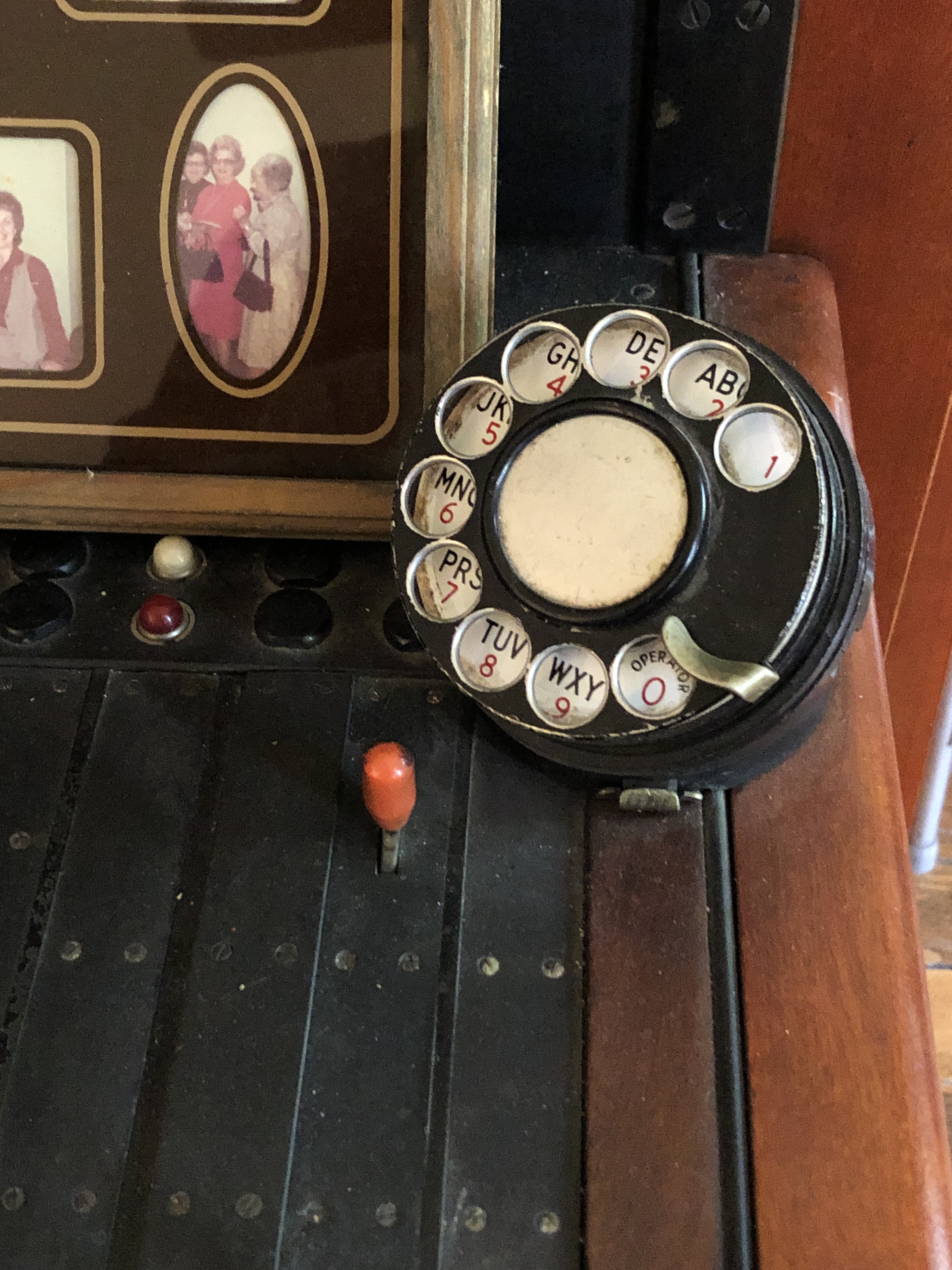 There’s a gorgeous walnut desk that was hand carved by a local lady. Plus there are military uniforms, pictures and other items that drive home the humanity of war.

A handmade quilt embroidered with names also caught my eye as did a striking bas relief (pictured at top) and other items from the Colony Theater. Look for more on this another day.

Did you know that Highland County has produced three state governors? I had no idea that two Ohio governors came from here as did another who held office in Idaho.

Out of more than a dozen rooms to choose from, my favorite was the Humanities Room. Here, they tell stories about some important social movements. They have a map that depicts the Underground Railroad in the county. There’s a little on temperance and a lot about the desegregation of local schools in 1956.

This last piece was actually the point of going. I was shocked when I read a story about an Ohio school district still fighting tooth and nail in 1956 to keep their schools segregated. This story is too much to tell today so come back tomorrow and learn about this piece of Highland County’s history which led me to Highland House.

It’s both disturbing and inspiring and I found this museum treated the subject with great respect.

Another tidbit I didn’t expect to learn is that Casper, Wyoming was named for Hillsboro native Caspar Collins. He died a hero in 1865 while fighting Indians at the Battle of Platte Bridge. That’s near present day Casper.

At the time he died, Lieutenant Caspar Collins was a young man of 20 and far from home. I flew into his namesake city a few years ago and had the best diner milkshake of my life in that town. I had no idea there was a connection to my region. And yes, the city honors Caspar whose name has an ‘a’ but they screwed up the spelling and used an ‘e’ instead.

My self guided tour through this museum was great fun. I got the impression that for every item that captured my attention there were at least ten more I didn’t even notice.

Best of all, the ladies working that day were great fun to chat with and made me feel welcome. The self guided tour is free but they do request a donation and that you sign their guest book.

Every community needs a place like Highland House for the safekeeping of memories and relics. It’s not just a repository for stuff. It’s a keeper of stories – some big, others kind of small – but all meaningful in some way.

Come back tomorrow to read about the mothers who marched for integrated schools and to give their children a better life. There are a couple of other specific stories from here that I want to tell you in the coming days.

Meanwhile, learn more about Highland House, including their seasonal hours, at their website or search for the historical society on Facebook. 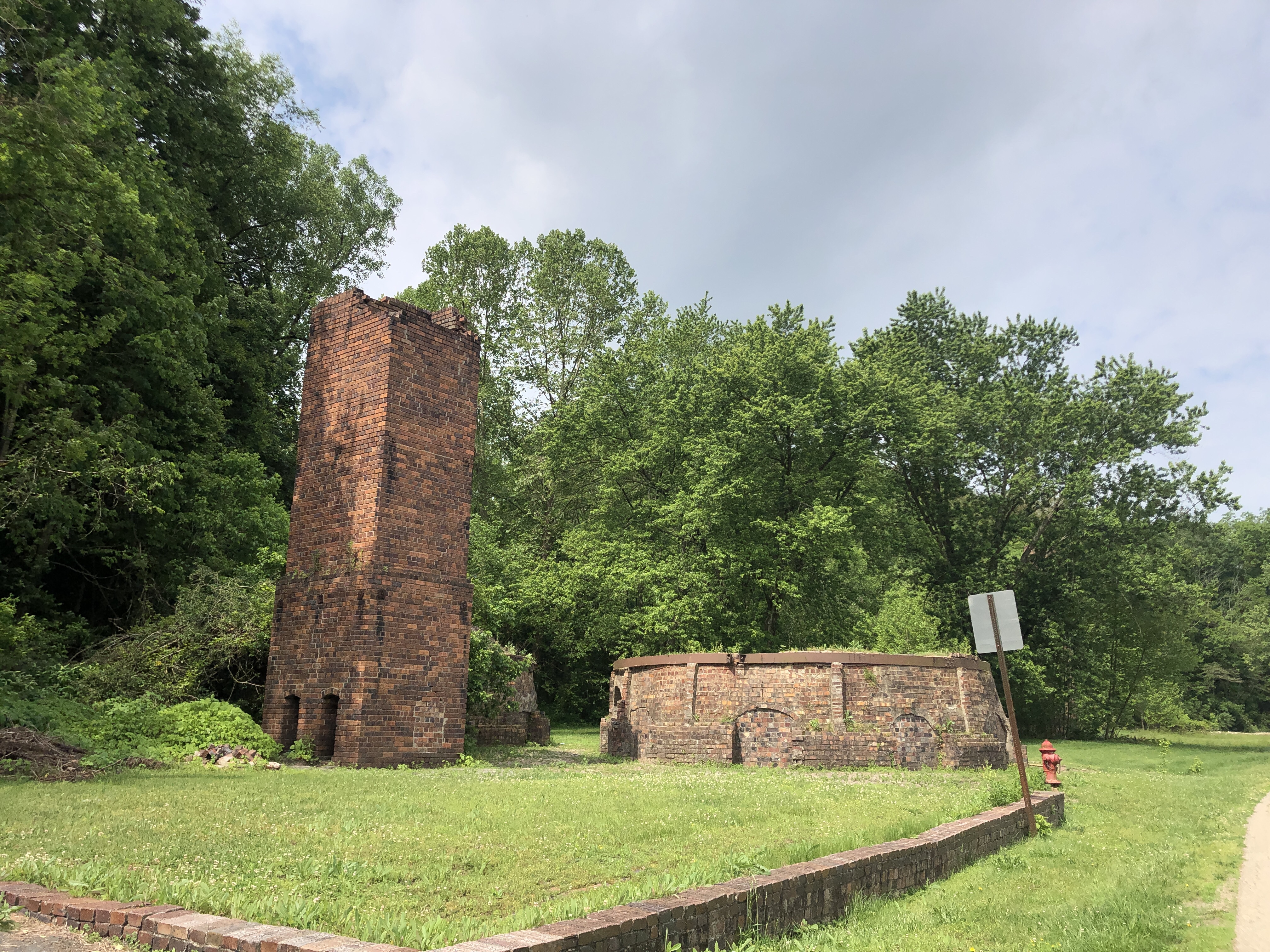 If you have ever traveled State Route 278 from Nelsonville to Lake Hope State Park you have likely noticed some interesting brick ruins on the outskirts of Nelsonville.

With its large clay deposits, this area was ideal for making the untold number of bricks needed to build new structures and streets in southern Ohio. In fact, there once were five companies that did just that in Nelsonville.

One of them even won first prize at the World’s Fair in St. Louis in 1904.

The traditional beehive kiln seen in these pictures is part of the Nelsonville Brick Plant – now a park.

There are a lot of bricks inside and around the area. 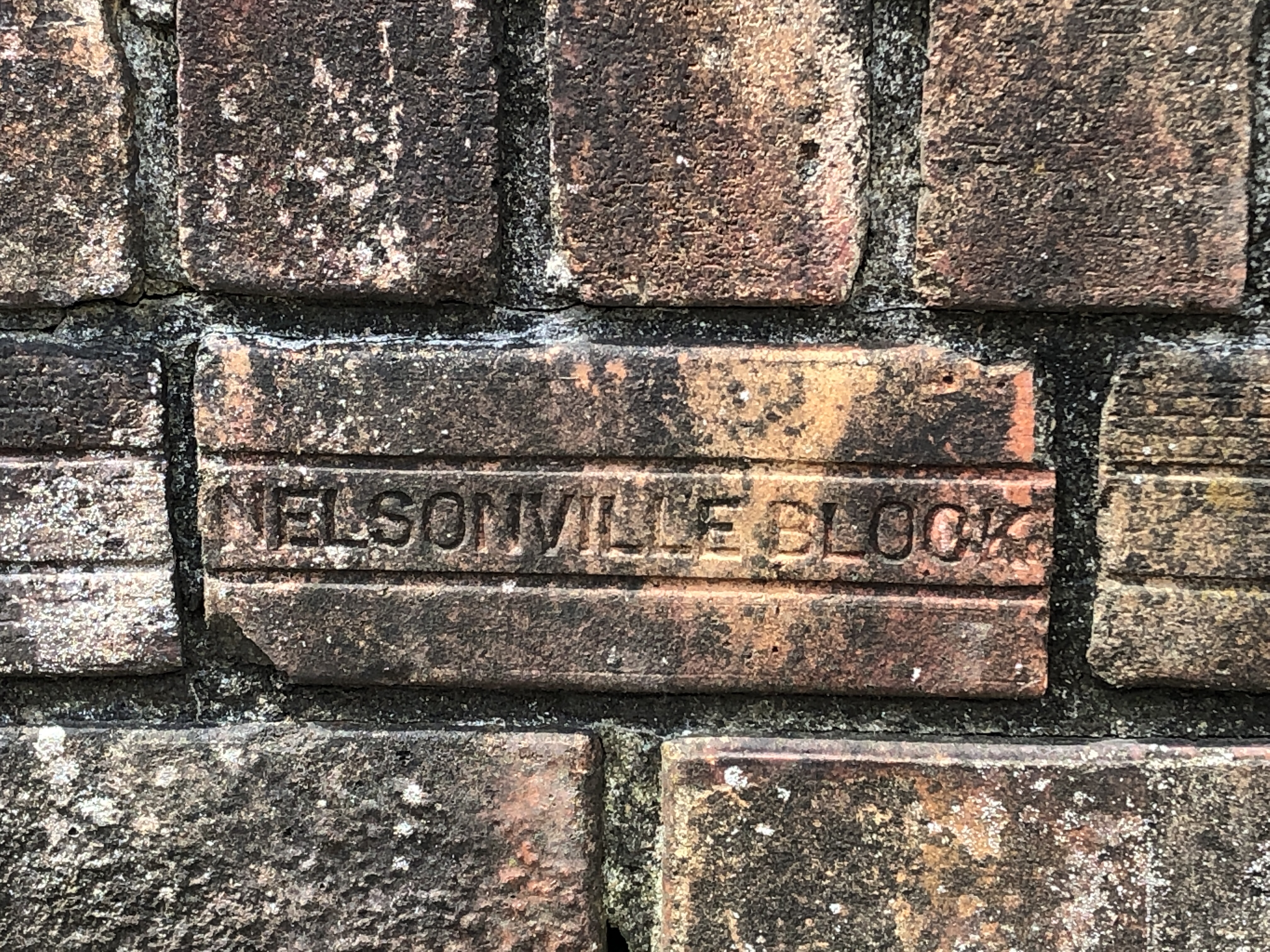 If you look down along Ohio’s older streets and sidewalks, you might see a Nelsonville brick – marked with their name or a star design. If you’re lucky, you might find one in an antique store or junk shop too.