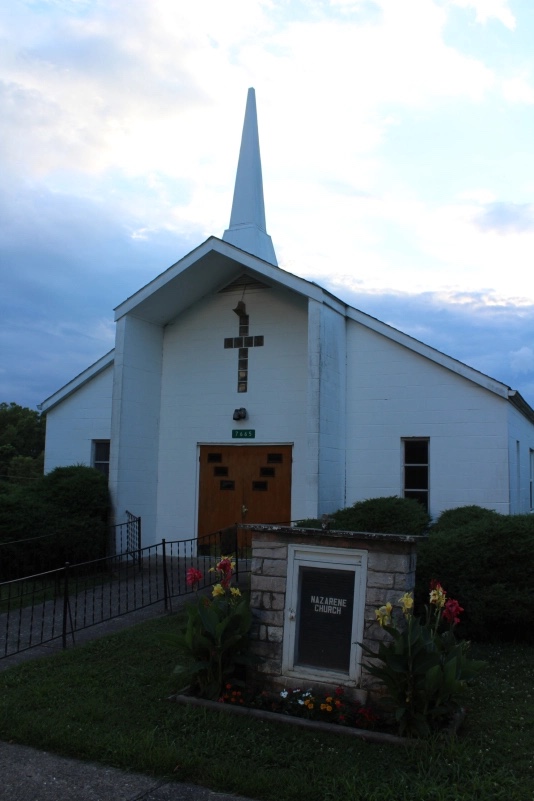 Yesterday brought some bad news. The church my grandfather built will close next month. It’s a Nazarene Church in Chesterhill, Ohio that he pastored a long time ago.

Sermons will cease, the doors will close and the building will be sold by the District. The eighteen souls who pray there will no longer have their community house of worship.

This congregation has been dwindling for some years but they pay their bills on time and faithfully minister to the spiritual needs of those who enter.

My mother is beside herself with grief and worry. It’s a part of our family history but it’s also a good building. It was well built and has been maintained over the years. And yes, it is a small congregation but they are faithful to the church. The nearest Nazarene Church is too far for most of them to drive every week as so many of them are elderly.

She called the District Office yesterday and was more or less humored by someone who listened to her complaint and who provided less than satisfactory answers to her questions. What will happen to those eighteen souls? What would God think of you selling His house?

This isn’t a new or unique problem for small churches and communities across America. I see it all the time in my backroads journeys – these old churches and aging congregations struggle to compete with the new churches and all the modern, fun conveniences they offer.

It’s also hard to survive in a church conference that appears to value money more than souls. That statement may sound harsh and maybe it isn’t fair but that’s how it feels.

But you see it in other areas of small town life. Wander around long enough and you’ll spot the signs of communities being left behind – abandoned hospitals, schools, churches and stores are all too common.

I suppose it’s just a sign of these times but that doesn’t mean we have to like it.

There’s a lot of good in our small communities. What we lack in population and wealth we make up for with fresh air, room to roam, friendly neighbors and kind strangers. Our rush hours involve school buses rather than traffic jams. People here tend to mind their own business until you need them. Then they carry in food when someone dies and offer to help when there’s work to be done.

Our residents tend to feel a sense of place and belonging that comes from knowing your neighbors and from sitting in the same church pew every Sunday for a lifetime.

Too bad there’s no money to be made in local character.

I don’t know what it would take to convince a community of less than 280 people to rally behind the church down the street. But it’s a slippery slope as every loss leads to another. Our small towns like Chesterhill can’t afford to lose anything else.

Longtime readers may recall a story that I wrote a few years ago about a day in the Chesterhill area when we visited this church. You can read it here.

Meanwhile, I fear its days are numbered and there’s nothing I can do to help.

8 thoughts on “When A Church Closes”