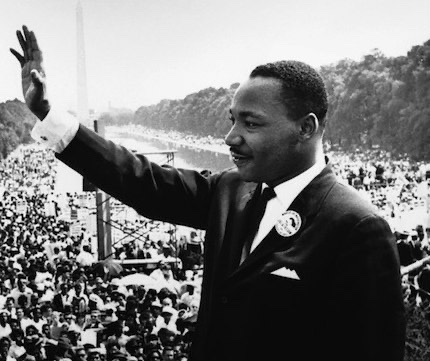 Instead of sharing my own thoughts, I wanted to share some of Dr King’s thoughts.

I hope you enjoy reading these short pieces of wisdom as much as I do. Now, more than ever, we need strong leaders who will work for peace, justice, cooperation and equality.

Injustice anywhere is a threat to justice everywhere.

The time is always right to do what is right.

The function of education is to teach one to think intensively and to think critically. Intelligence plus character – that is the goal of true education.

Rarely do we find men who willingly engage in hard, solid thinking. There is an almost universal quest for easy answers and half-baked solutions. Nothing pains some people more than having to think.

Never forget that everything Hitler did in Germany was legal.

Nothing in all the world is more dangerous than sincere ignorance and conscientious stupidity.